“So, what do you do all day?” is the most common question I get from friends back home, all of whom are hard-working, professional women. Most, like me, do not yet have children. When we were young we heard, “Do what you love! You can be anything you wanted to be.” And we grew to understand that careers and financial independence were more than simple hopes and dreams: they would become the steady undercurrent of our adult lives. Modern women take care of themselves.

So what’s a girl to do when she no longer does?

1.) Hike. The Almaty International Women’s Club caters to expat women from around the world. Modeled after other International Women’s Clubs, the AIWC boasts membership from over 50 countries, holds meetings every Wednesday morning, and offers a wide variety of weekly activities for those plugged into the activity group mailing lists—and for those willing to pay the somewhat steep annual membership fee. I paid the fee, but not to participate in “tea time” at Almaty’s luxurious Intercontinental Hotel, or even for the laminated, purse-sized cheat-sheet listing the Russian words for various fruits and vegetables (though I’ll admit, it’s been pretty darn handy)—I paid it because I like to hike.

Georgina, Kate (plus her dog, Elvis), and Norah* have been the perfect hiking companions. Respectively, they are “American” (in quotations because she is amongst a somewhat unknown group of American citizens who have spent the majority of their lives outside of America; she has a slightly British accent as a result), British, and Dutch. They are elegant, educated, and self-aware. All “followed” their husbands to Almaty. When I am with them I am hyper-aware of my American-ness: cavalier, uncouth, and altogether casual. But all, like me, are now housewives.

After one of our recent hikes, we sat in Kate’s manicured, sun-drenched backyard, stripped our muddy boots off, and ran our toes through the cool grass—probably the nicest grass in all of Almaty. We talked about Cairo. Scuba-diving. Where to get the best online deals on dog food. Kate admitted to hiding in the bathroom during her first AIWC meeting. All of us admitted to smoking occasionally…and drinking often. Such is our new reality.

2.) Get a puppy. Then be prepared for a fuzzy, goofy, leaping ball of teeth; a poop factory; an immediate best friend. In any given day, I say more to Mishka (and Hank) than I do to real, live people. 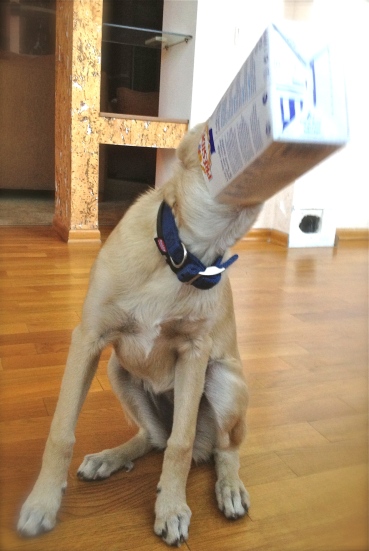 3.) Start an online art business specializing in handmade, customizable items for your home including wedding certificates, pet portraits & decor for baby’s room! Shameless self-promotion: my Etsy site, Bells Barks & Babes, will be up and running by August 16th. 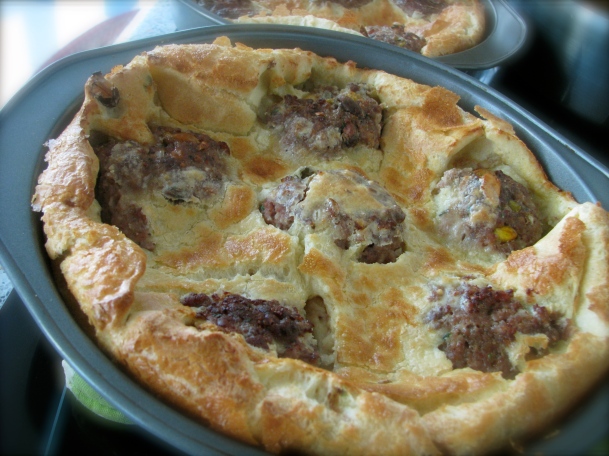 “Toad in the Hole”

6.) Run. My savior—despite the fact that in Almaty, one is either running up a hill or down one. I’ve been lucky enough to have a 15-year-old as a trainer all summer, and my god is she fast. Thanks to her, I plan to blow my half-marathon PR out of the water come September 8th.

8.) Get a real job. I would estimate that it takes two months to get used to something. Psychological research has even shown that people tend to develop a preference for things merely because they are familiar with them (the so-called “mere-exposure effect”)…and I have gotten pretty comfortable with my daily practice in housewifery. The best way I can describe it is that each day is like a weekend day: they’re best started early and with a plan in mind. Unfortunately, each day is also like a weekend day in the sense that you feel like it could go on forever—boundless potential!—but it’s never quite as long as you anticipated.

The truth is, despite the obvious perks of being a housewife, I can’t shake the feeling that I’m not pulling my weight; that I’m not contributing to something larger than myself. Both ideas are frightening, foreign, and feel, well, wrong. So I’ve applied for a job. I’ve had an interview for the job. And now, in addition to drawing, hiking, blogging, running, cooking, cleaning, and avoiding puppy-teeth, I’m also keeping my fingers crossed.