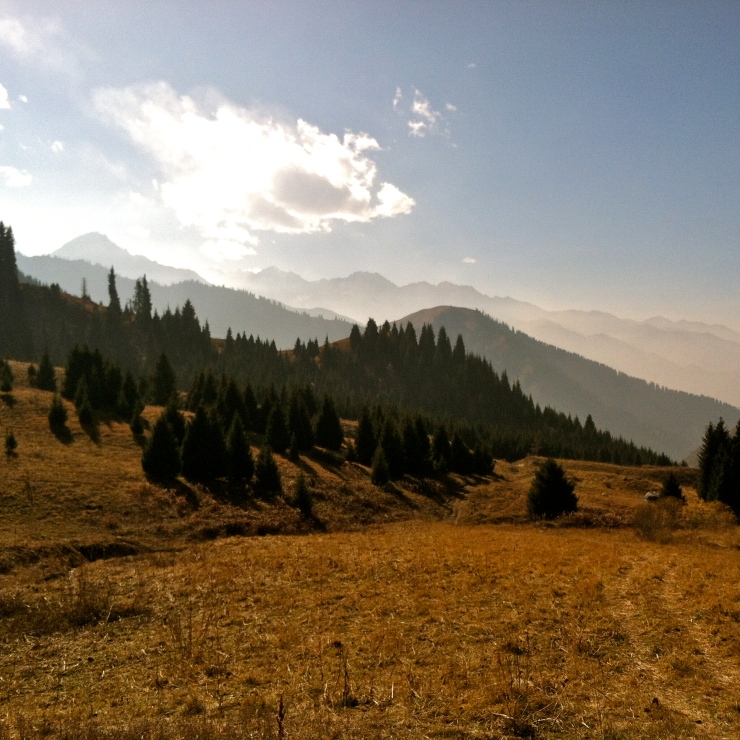 The article you’ll find attached to this post is from June of this past summer, and is a condemning portrayal of what may soon become Kazakhstan’s biggest environmental mistake.

Kok Zhailau is a (so-called) protected National park just a short drive from Almaty—and one of my and Sam’s favorite local hiking destinations. As the accompanying article describes, the park may soon make a dramatic transformation from natural reserve to luxury ski resort.

The government has gone head-to-head with local environmental advocates over the impending development. Luckily (perhaps due in some part to the efforts of these environmental defenders), the project hasn’t progressed beyond a large hole in the ground, a corrugated steel shed, and one man with a shovel.

The photo above was taken in Oct. 2013, and captures one of the disputed slopes; the excerpt below has been taken directly from the article:

“The planned Kok Zhailau ski resort near Almaty recently received the Rusty Nail: an anti-award for the worst example of unsustainable tourism at the International Tourism Fair ITB 2014 in Berlin. In a region where open resistance to the government is dangerous and rare, this issue has caused enough public resistance to become the first Central-Asian environmental conflict [recorded in ejolt’s] atlas of environmental justice.”

{Thanks to David Hoffman for sharing this article via Facebook.}