Lake number one, before sunrise.

Sam and I have been living in Almaty for just over three months. Lately, I barely avoid turning into a mushy puddle of nostalgia each time I: 1.) hear country music, or 2.) see pictures of corn fields. I’ve heard all sorts of things about culture shock, but most people agree that the three-month hurdle is the biggest one. This is when the novelty of living in a foreign environment officially wears off—when the charming hustle of the market becomes a source of frustration and anxiety; when you’ve completely exhausted the conversations you can have with your neighbors given the very limited amount of Russian you know; or when, frankly, you just get tired of filth and bad manners.

Happily, I am writing this entry while soaring high above the Atlantic Ocean, on the start of a two-week tour-de-America. I left my Almaty apartment 22 hours ago, and have just seven more hours in the air before I touch down in Washington, DC. (I should also note that I’ve been awake for almost 40 hours, and would like to give the goofy British flight attendants a slap on the face for skipping down the aisles shouting, “Rubbish, rubbish, anyone with rubbish?” OMG.)

Two weeks from now, Sam, Hank, and Mishka are the things that will coax me back on an airplane. Luckily, I also have the scenic Kazakh outdoors to return to. Confession: I missed last week’s posting deadline because I was preparing for a camping/hiking adventure. Destination: Kazakhstan’s Kolsai Lakes. This series of three, glacial meltwater lakes is situated just barely north of Kyrgyzstan—in the mountains, in the middle of the middle of nowhere. No doubt very few people have documented (or even thought about) this part of the world. The breathtaking landcape is virtually untouched by humankind, and sparingly dotted with sleepy, battered towns. There is only one road.

Our campsite was located close to the first lake, 6,600 feet above sea level, in a pasture filled with horses, cows, and yes, manure. We learned a lot about livestock while camping. First, cows eat in the middle of the night—right next to your tent. If you can imagine the sound of absolute silence, then you can imagine how intimately we got to know the full ruminant digestion process, complete with grass-ripping and laborious chomping (and re-chomping). Second, cows eat salsa. And when they’ve licked the bowl clean, they’ll knock your pots and pans off of the table, then shit in your campfire circle.

Over the course of the weekend, Mishka learned what being a dog is all about: hanging your face out of the car window, muddy wooded paths, cow patty snacks, horse-chasing. Who says dogs don’t smile?

Sometimes I forget that I live in Kazakhstan. It only ever lasts a few moments, and I suspect it’s a result of spending lots of time with my fellow American expats, or in the stunning Kazakh wilderness. Emerging from the fantasy is always jarring, disappointing, and leaves me muttering, “Oh my god, do I seriously live here?” I would compare the sensation to waking up and realizing that you have no idea where you are, but a few seconds of wide-eyed staring at the ceiling brings you back to reality. Unfortunately, my reality isn’t always comforting.

I have certainly considered the possibility that going home (if only for two weeks) will make the cultural adjustment process more difficult. It probably will. I’ve traveled through both Amsterdam and London today, and goddamn the western world feels good. It’s clean, it’s well labeled. It’s polite, helpful, and downright friendly.

Shortly into my Kazakhstan experience, I recognized that it was my American perceptions and expectations that occasionally left me feeling bewildered and wanting. But my American-ness is not going away. Luckily, optimism and humor are also American traits, and will be my most reliable tools as I ride out the storm. 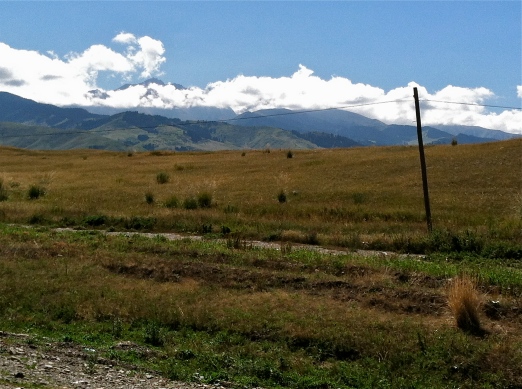 Matt and Megan chat with a gas station attendant.

Minerals in the water give the lake its beautiful turquoise hue. 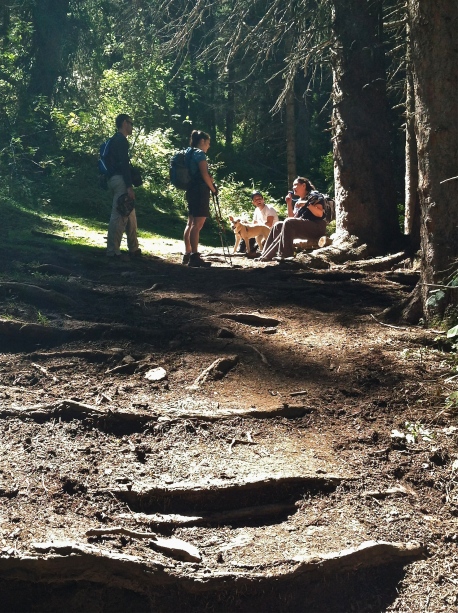